In the name of o Allah the merciful, the most compassionate.

Allah said in the text of his gracious book ” hold the rope of Allah all and do not differentiate” .. Allah Almighty has spoken the truth . 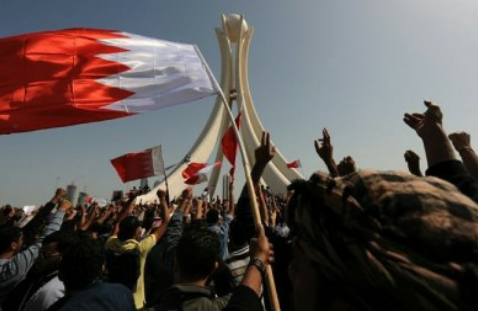 In the name of o Allah the merciful, the most compassionate.

Allah said in the text of his gracious book " hold the rope of Allah all and do notdifferentiate" .. Allah Almighty has spoken the truth .

Since the first day of our glorious revolution's start on February 14, 2011, the terroristKhalifa's entity was endeavoring hard to sow the seeds of discord among the people through various malicious methods. It's still working to stoke strife between the members of the two sects (Shiites and Sunnis) and broadcast differences and discords within the house of opposition, but it was failed highly throughout the past seven years. Within the recent developments on the Bahraini arena, we would like to announce:

First, To stress on the need to raise the level of preparations and readiness to mark the seventh anniversary of the start of our glorious revolution and to mobilize all the energies for the proper revival of this important occasion, through which we will continue the revolution until overthrowing the corruptive Khalifa's regime and enabling the people to determine their own destiny and choose their new political system. Here we are emphasizing the principles of revolution in the Pearl (Al-lowloa'a) Charter, which stipulates not to be concerned about the side and internal differences that may cause an obstacle to the revolution. We also affirm that the campaign of arbitrary arrests launched by the Khalifa's entity as the seventh anniversary of the revolution is closing, will be an additional motivation to head to the streets vastly. Let us be on the date, O' people of dignity, hand in hand, shoulder to shoulder, to build Bahrain of dignity and glory which would be the most beautiful without the rule of the Khalifies .

Second: To adhere strongly and maintain the unity of the speech and our lines, and to abandon the division , conflict and fragmentation. We must stay away from the media altercations and stop bidding. We should be on a high degree of awareness and responsibility in dealing with our differences or discords to miss the opportunity before the Khalifa's enemy(and anyone supports him) who are seeking to undermine our unity. We must all explore the correct methods and mechanisms in dealing with these normal differences which makes us in a position of strength and cohesion. That steps would fail the malicious schemes of the criminal Khlifa's enemy .

Third : To announce the public anger towards what our leading figures are suffering inside the Khalifa's entity prisons and particularly ,preventing the necessary treatment to be available for the two professors( Al- Mushaima and Abdil –Wahab) despite the deterioration of their health status which reached the stage of danger and that reflects the criminal mentality of the Khalifa's enemy and its continuation to commit more crimes against the human rights