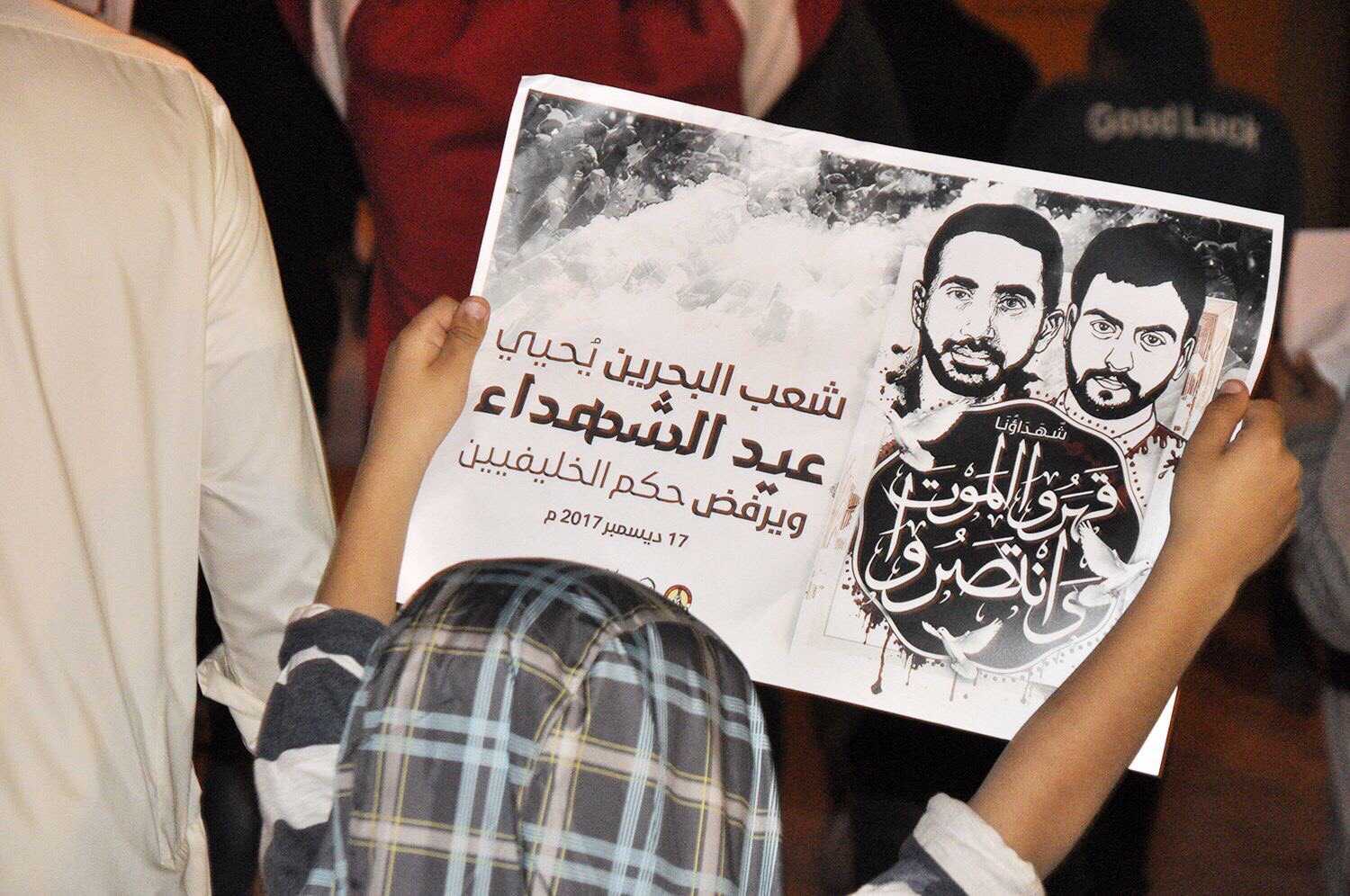 Opposition revolutionary powers in Bahrain: Martyrs' Day will remain a historic national day to announce our people's confrontation with the tyrant Hamid and his destructive project

In the name of Allah ,the merciful ,the most compassionate

"Among the believers are men who believe what they have committed to Allah. Some of them have died and some of them are waiting and have not changed their stands "

The authority of the Khalifa's enemy has not been able to obliterate the martyrs' day, to hide it or replace it in spite of all its attempts, but on the contrary . As the years passed, this day became a declaration of confrontation between the approach of the murderer and the approach of the martyr, the method of the murderer who sheds blood, humiliates the opponents and all the sanctities and wants to conceal the characteristics of his crime and the method of the martyr who sacrifices in confronting injustice to lofty goals

The tyrant Hamid and his groups have decided to make the 17th of December as a day of gladness and to replace the brilliant history of Bahrain and the day of Bahrain's independence on the 14th of August with a day where they were able to rule Bahrain after a series of murdering ,looting and occupation acts to reach the power and to rule the country .

Twenty-three years have passed since the anniversary and our people are still fighting the great liberation struggle from the illegal rule of the Khalafis. Although the tyrant Hamid tried to dissolve this memory repeatedly through political tricks, lies and agendas , and others through repression, bullets and prisons, it remained as a thorn in his side and a flame of inspire to our people that remind them of the death and blood of our youth, which did not dry up and will not dry until gaining the fair punishment of the dictator and his mercenaries

First :Remembering the country's martyrs who have been died for the sake of national struggling in the fields and at the Khalifa's prisons under torture for many years , wed pledge their pure lives to continue the march So as to bring shame and disgrace to the dictator Hamid and his murderous mercenaries and his uncle ,the criminal Khalifa Bin Salman ,the killer of the banned soul .

Second : The steadfastness of those strugglers at the fields and squares who have fulfilled the call of conscious , the religious and country's assignment and they have demonstrated all over the country .

Third : We are stressing on the continuation of the revolution and not to rely on weakness and humiliation ,but to move forward on the approach of martyrs and to be assured of the inevitably of victory over the tyranny and oppression . Just as the criminal Saddam fell and followed by Muammar Gaddafi, Zain Al-abidine Ben Ali, Ali Abdullah Saleh and other tyrants, the day of the tyrant Hamid is not far away . Especially after his hands were stained with the blood of children and involved in the shedding of bloods. He committed crimes against our people that none of his predecessors preceded before .

Opposition Revolutionary powers in the Bahrain

The freedom and democracy movement (Haiq)