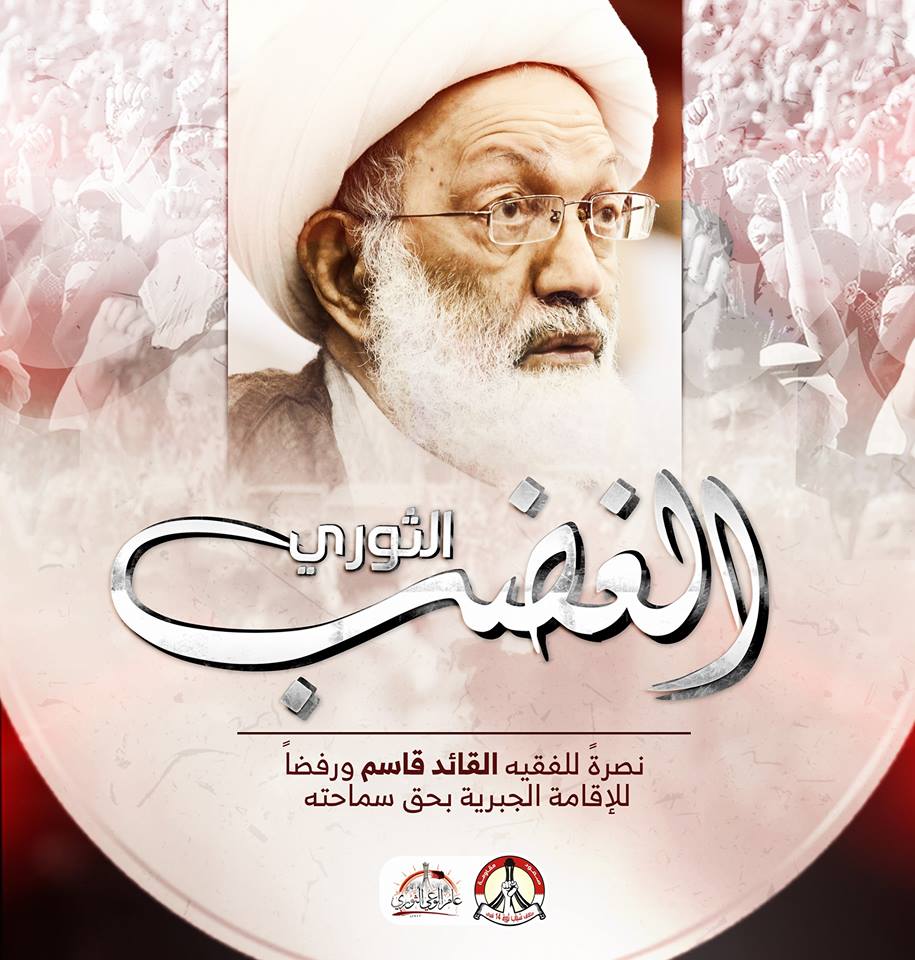 The terrorist Khalifa's entity is continuing to commit more crimes as it uncovered its enmity, quarrel and oppression upon all the original Bahraini people. It did not restrain its thirst of revenge and the previous years of our glorious revolution have clearly ensured the malice and inhumanity of this regime. It had committed awful crimes on our youth, children, women and elders. It trespassed the rights of Bahraini people majority mainly after nullifying the citizenship of (his eminence) jurist leader Essa Qasim and imposing house-arrest on him under the guard of foreign mercenaries at the resisting town of Aldaraz. The entity has prevented him from having the necessary medication. That is another crime which shall be added to Hamid's shameful bloody crimes as he endeavoring to assassin( his eminence) jurist leader Qasim.

We are the 14Feb youth revolution coalition is emphasizing the right of (his eminence) jurist leader Essa Ahmed Qasim to get the medical attention and proper medical treatment immediately and urgently under the supervision of the specialized doctors. There should be no any offensive intervention from the Khalifa's criminal entity because it is untrustworthy. We also refuse the constitution of house-arrest on( his eminence) and we assume this regime all responsibility in case of any deterioration of his health condition.

On the same time, we are emphasizing on the vital need of popular participation in the marches of Friday-rage demonstrations due to be held on Friday. We call upon our resisting and brave people to fulfill the call of the honorable Bahraini scholars and take part massively in these demonstration on Friday night to support jurist leader Qasim. Meet the call our sacrificing people and let your presence in the field massive and memorable, Allah will support you and bless your steps, Allah is the only source of success