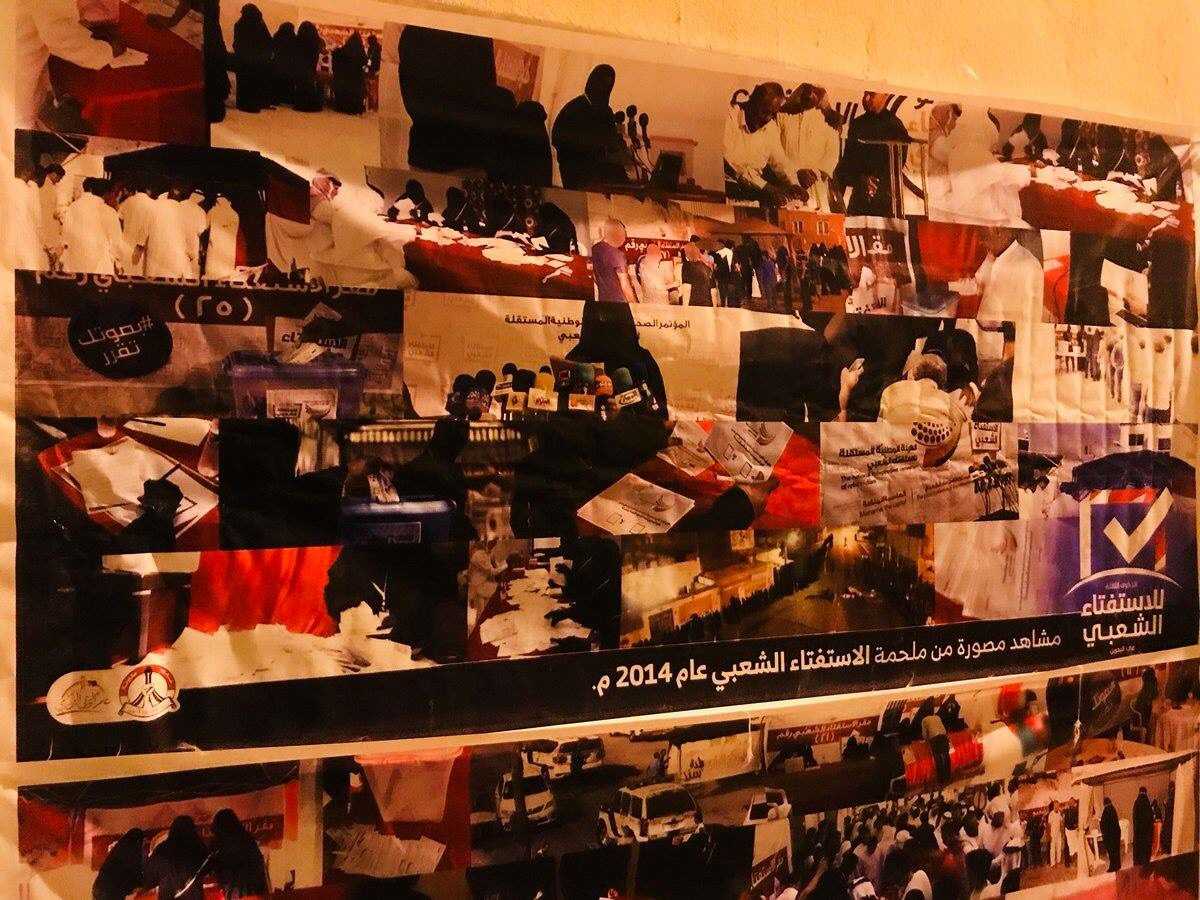 In adherence with the public poll results and self-determination right, the 14Feb youth revolution coalition has organized a pictures show and popular sit- in at Shakhora and Abo-saibaa towns on Friday, 24 Nov 2017.
A lot of people have gathered at this show which organized on the third anniversary of public poll in Bahrain where they affirmed their adherence with its results.
The show has included documentary images and videos over the biggest popular participation in the poll held in 2014.
The local communities have took part too in the towns' sit-in where the Bahraini newsman Hassan Khambir has delivered a speech during the opening ceremony.
The speech of the 14Feb youth revolution coalition has been addressed at the end of the activity.
The coalition's speech described the public poll as an enormous progress represented by the public participation in this poll which called for getting self-determination and electing a new political system in Bahrain.
It is worth mentioning that Bahrain has held on 22nd and 23rd of November 2014 a public poll which had seen a big participation of people. The results have showed that the majority of people are backing the self – determination right which means electing a new political system in Bahrain under UN supervision.