The Arabian ministries of foreign affairs are holding an urgent meeting on Sunday 19,November 2017 in Egypt by a request from the terrorist Saudi regime to deal with what it called «the Iranian interventions with the regional countries affairs». 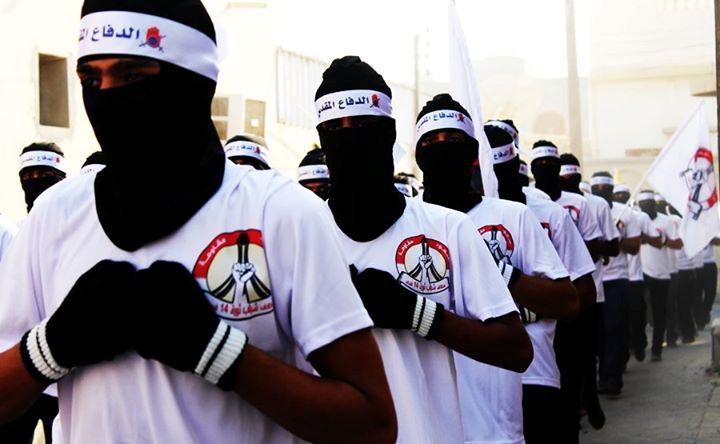 In the name of Allah, the merciful and the most compassionate

The Arabian ministries of foreign affairs are holding an urgent meeting on Sunday 19,November 2017 in Egypt by a request from the terrorist Saudi regime to deal with what it called (the Iranian interventions with the regional countries affairs).

This meeting is not different from the previous conspiring meetings which were held by the hostile countries to the resistance's axis and led by the Saudi regime in a US-Zionist coordination.

It is a good chance for the representative of Khalifa's criminal entity Ahmed Alkhalifa to weep in front of the Arabian countries in a bid to declare hostile decisions on the Islamic Republic of Iran and the axis of resistance. The Khalifies entity tried to defame the image of our glorious uprising in Bahrain through linking its regional and political conflicts with the Arabian countries. This was very obvious through its latest repulsive statements which aimed at demonizing the Bahraini uprising, accusing it with terrorism and collaboration with foreign countries.

We are, the 14th February youth coalition is declaring in this connection the following :

First : the revolution of 14 February has raised according to the will and firmness of many Bahrainis and especially the youth in a bid to put an end the dictatorship and oppression and asking for the self-determination right according to international conventions. The internal bad conditions did not need any external motivation according to the Khalifies. They alleged that there are external hands behind this uprising .The uprising was accused of being cooperated with foreign powers and this charge is what the autocratic governments are saying when to cover its political and economic failure internally and to conceal its arrogance and crimes against its oppressed people.

Second :since the start of the glorious uprising in 2011 until now, our people have adhered with the legal, methodical and peaceful ways in its revolutionary movement and that what (Al-lowloaa) agreement suggested in detail. They refused the humiliation and weakness when they defied the sinful aggressor by defending honor, self-being and holies. The terrorism is the adjective of Khalifa's entity and Saudi occupier which have occupied scared places and they shed bloods and tortured elders ;women and children in their prisons. They also killed innocent children through launching toxic gasses on their houses. That action had caused the death of hundreds children and infants. These regimes were practicing different types of sectarian oppression and they were very good at committing crimes against the original people and that what have been recorded in the report of Mr. Basyoni who had assigned by the Khalifa's regime.

Third :the Bahrainis have translated its steadfastness of its legal rights by boycotting the artificial elections in 2014 completely and their big participation in the public poll which held in the same year despite all the terrorist and oppressive procedures followed by Khalifa's entity and Saudi occupation toward this poll.

The results showed that the majority of original people had voted for their right of self-determination and electing a new political system supervised by the United Nations. Our people is continuing their resistance and steadfastness in spite of the regular terrorism's machine by Khalifa's entity and Saudi occupation. On the contrary, the people will present their truthful opinions through boycotting the elections in 2018 and they would never give any legitimacy to the director's government to implement its terrorism.

In front of this arrogance and human crimes, we are calling on :

First : the lived conscious individuals to adopt moral decision condemning these atrocities against the resisting Bahrainis.

Second :the free resisting people and governments which have not committed bloody crimes against the Bahraini people to read the revolution of Bahraini people, their legitimate demands of self-determination right and choosing a new political system according to the modern democratic horizons. Backing up the rightness, supporting oppressed and struggling people in Bahrain which is still occupied by the Saudi forces.

Third :the world community and the UN organizations to hold the moral and human responsibility to the terrorism of state in Bahrain. It has agreed with the Saudi occupying army to restraint people and confiscate its rights which have been stipulated by all legal norms and international conventions. They committed the most criminal violation of the honor, holies and religious freedoms. The people had the right according to their Quran principles to take every legitimate means that defend their honor and self being and resisting terrorism of the state. This is a human nature which agreed by all the heaven religions and not a terrorism as the Khalifa's entity and its allies say and announce through the media machine of the Saudi terrorist regime.

Allah shall forgive our martyrs, give us a place of faith from you,,O' Allah