The women body of the 14 Feb youth revolution coalition has hailed in its speech during the exhibition activities, the female visitors who took part in this ceremony 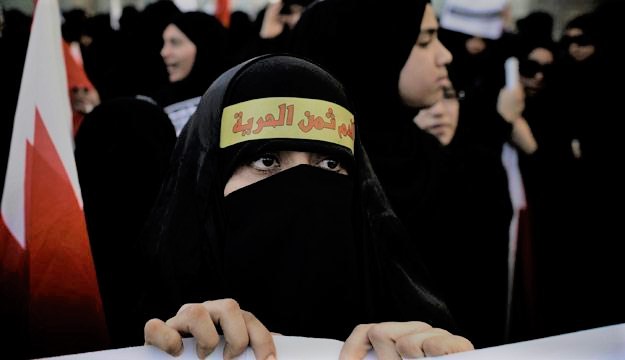 The women body of the 14 Feb youth revolution coalition has hailed in its speech during the exhibition activities, the female visitors who took part in this ceremony.

It pointed out that this participation is a clear indication that they are standing in the side of the Bahraini people under the Khalifa's oppression, the Yemeni people killed by the Saudi-led war and the other resisting axis powers which are fighting terrorism.

The body said, that martyr will always be a martyr whenever and wherever he dies. Standing up for the rightness and religion is not depending on a color or race and wherever the terrorism is founded, the uprising will be broken out.

It stressed that the revolutionary axis is uniting now in front of the Zionist and arrogance powers which are fighting their people through supporting the cowards like, Khalifa's family, Saudi family and their terrorist groups.

These groups have caused corruption in many countries and killed many innocent children, women and men.

The people in Iraq, Lebanon, Eastern area, occupied Palestine and other countries will sacrifice themselves for the sake of the dignity and honor.

The body of the coalition had pledged from Karbala, the land of martyrs' master,( Imam Hussein) (pbuh),and from the Bahraini exhibition and resistance's axis that the bloods of the martyrs will not go in vain. The torch of the uprising will enlighten the terrorism of the country and people will get free from enemy's oppression and their supporting powers of arrogance