The coalition of 14th Feb youth revolution has praised in its statement issued on Friday, 20 Oct 2017, the uprising detained figures. 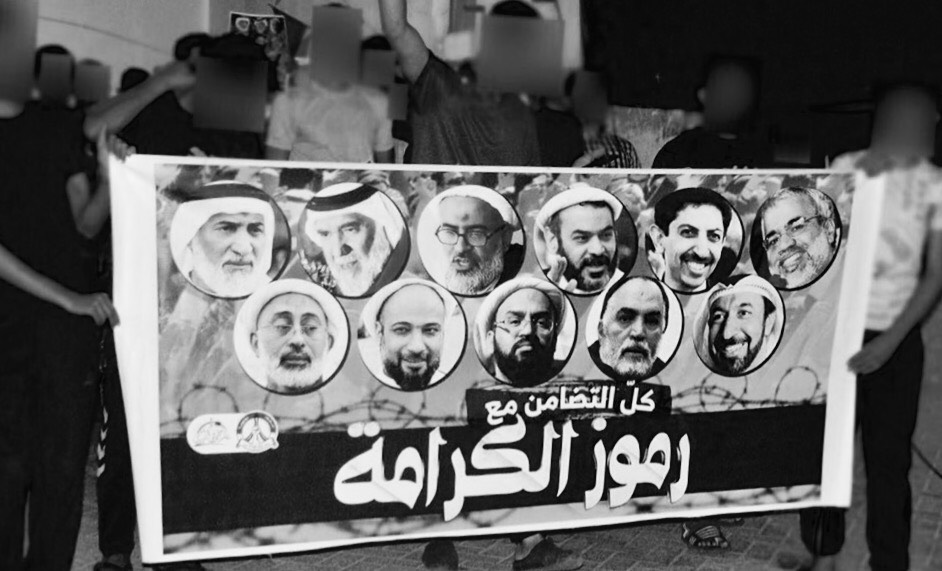 Coalition of 14th Feb : uprising figures are symbols of dignity, Khalifa's entity is getting its strength from the bloody merchants in its war on the well- born people

The coalition of 14th Feb youth revolution has praised in its statement issued on Friday, 20 Oct 2017, the uprising detained figures.

It hailed their patience which lasted seven years while they were achieving the most epics of sacrifice, bestowment and contribution for the sake of the Bahraini people dignity and honor.

It denounced the Khalifa's government acts of breaking the will of Bahraini people too.

The coalition added that the Khalifa's entity has exceeded its limits throughout fighting the noble sons of Bahrain over their identities, believes and hollies.

It has aimed its coward weapon at their legal objectives and demands of getting their legitimate rights which have been recognized by all of the divine, human, justice traditions as well as the international legal societies.

The statement condemned the continuous Khalifa's aggression against the people and the leading key figures thereby keeping on assaulting them and getting its strength from the Saudi family regime and the blood merchants in the United States of America, Britain and lately the Zionist entity.

The 14th Feb coalition expressed its total solidarity with the leading key figures and their families, it slammed the criminal attacks of the Khalifa's entity mercenaries on them and confiscated their personal stuffs.

It also renewed its appeal to the Bahraini people to take part effectively in the activities of the (solidarity week) which shall be announced later.