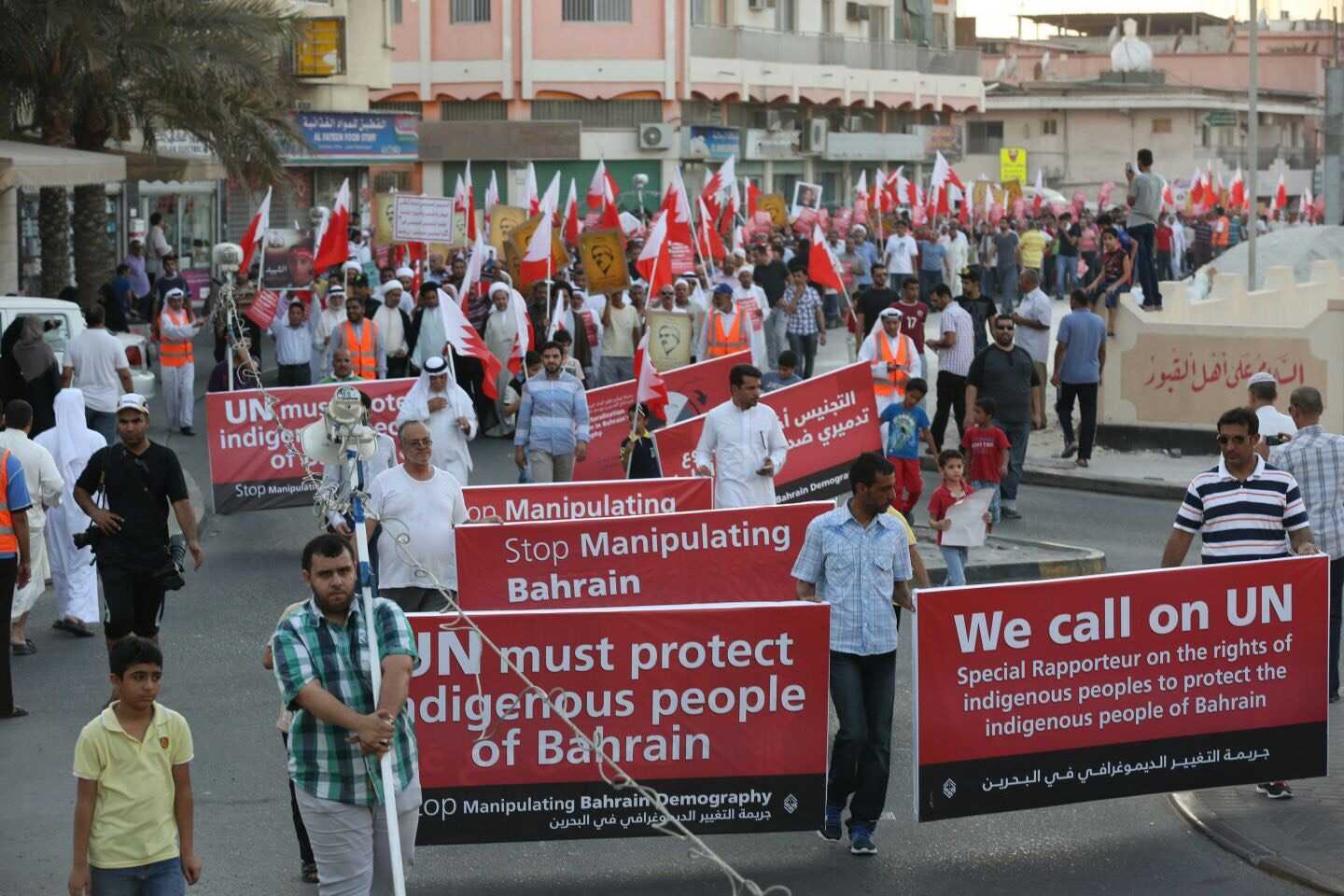 The campaign of economy without Hamid is continuing to reveal additional aspects of the economic deterioration and the severe economic crisis in Bahrain
The campaign has lately focused on the case of the naturalized citizens. It stressed that this issue is one of the main cause of the severe economic collapse in Bahrain at the expense of the original people.
The campaign of economy without Hamid also has pointed out that the political naturalization which acted by the Khalifa's government was a bid to change the country demographically.
That process of naturalization is including settlement, jobs, health care and education for those people which it pushed the budget on the edge of fragility on the expense of the original citizens, the campaign added