The coalition of 14th Feb youth revolution coalition has praised the Bahraini people soul of Hussein’s sacrifice and their standing firm with the Hussein’s resisting ideology. 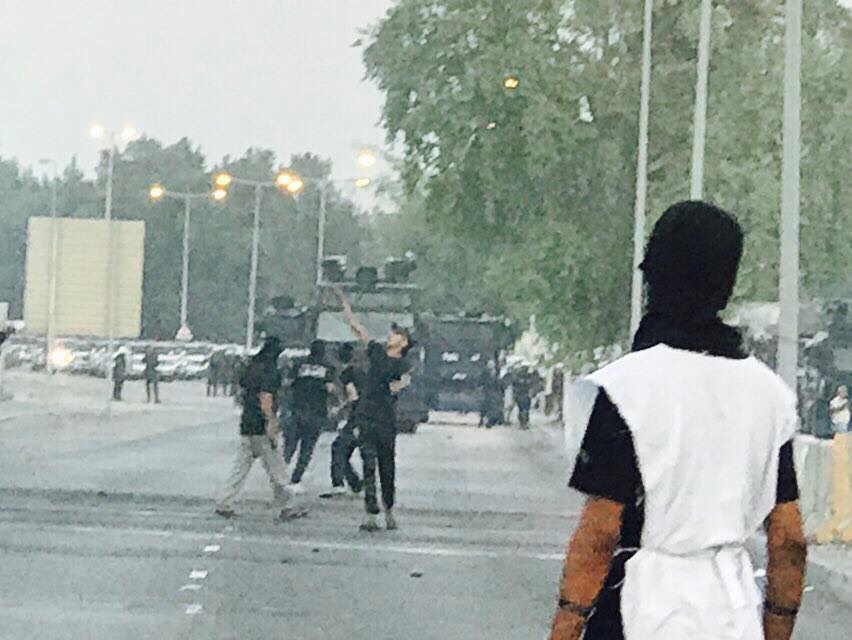 The coalition of 14th Feb youth revolution coalition has praised the Bahraini people soul of Hussein's sacrifice and their standing firm with the Hussein's resisting ideology.

The coalition hailed in its declaration issued on 4th,Oct 2017,the vast presence of the uprising people in the ceremonies of Ashura, and the other Hussein's rites which have been held during the first ten days of Muharram 1439 M.

It stressed that the thousands of participants in Ashura revolutionary march have been able to breach the siege on the square of redemption and then they moved to the square of martyrs.

These acts is emphasizing clearly the steadfastness of this revolutionary people and their commitment to continue the public movement which was inspired by the revolution of Imam Hussein (Peace be upon him) to achieve the objectives of the revolution and self determination.

Meanwhile,, the coalition statement has enlightened the big solidarity of people with the chased and wanted individuals who have patterned the stand of the lady Tawa when she hid Muslim bin Aqeel, the ambassador of Imam Hussein(PBUH) to Kufa.

It also has shed light on the enormous involvements of different Bahraini sectors and their religious leaders who have been taken part in the Hussein's glorified gatherings which had begun during the Ashura activities.

These gatherings have been held in the cities of Bahrain to express the highest noble rate of martyrdom and martyr and to give attribute to the youth of the Bahrain on the death of Imam Qasim bin Alhassan almujtaba(Peace be upon him) and his rejection of the oppressive rulers.