In the name of God «Allah», the merciful and the most compassionate 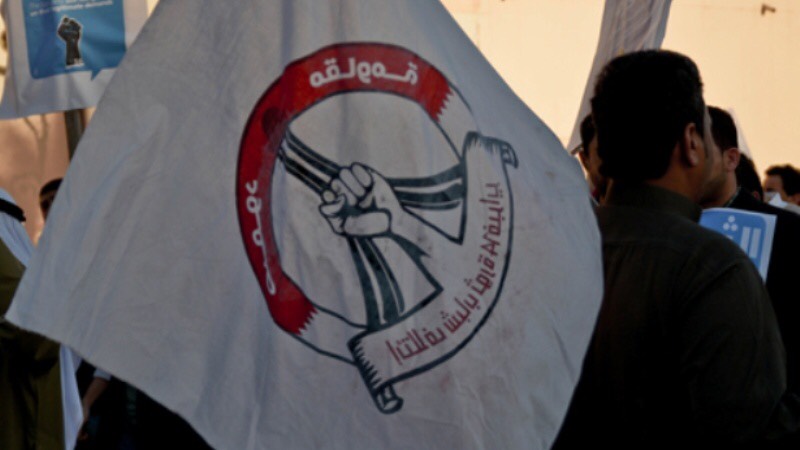 In the name of God(Allah), the merciful and the most compassionate.

Thanks for Allah (the God) as he brought and accomplished it as much as he understand this day as well as his book. Peace be upon the most honorable man (Mohammed) and his family, the best and most purified people.

God estimates the recompenses and reward for us and you and make the best condolence on the occasion of the death of Imam Hussein (Abu a bid Allah) (PBUH). That painful calamity has let the earth and sky crying on it.

The age conscience and the leader of the age have cried blood instead of tears. what a big loos for the Islamic world.

The day of Ashura was not a moral day, but it was a day where the God's love and the lord's thaw have been shown in it.

All the images of sacrifices and redemption for the sake of the religion have been made.

The day of Ashura was not a battle of hours but it is a immoral school which have gave the best God lessons and it gave all the humanity with the virtues and morals until it be came a light for all the Muslims and especially for the followers of Prophet Mohammed's house (Ahil albeit) and a helpful hand for the free people.

Here, as we are passing through a new epopee of admiration, we must look for its most important historical aims which will put its prints on our glorious uprising. We, the coalition of 14th Feb youth revolution are sending our messages to our recusant people to maintain the continuing and revival of this uprising as well as recording its, traces, goals and principals..

Our first message to our brave Hussein's people :

Our steadfastness people, our youth of resistance, we are passing through a big challenges time where the west is publishing the corruption and terrorisms with the coiled terrorist regimes deliberately or not. It also seeking to eliminate the assets of the religion, causing chaos in the Islamic countries and destroying the spirt of resistance. So that, we should resist these challenges, put these destroying projects down with a strong international and a courage that defy the oppressors' machines.

We must have a soul of victory and freedom by God. We should have the spirit of sacrifice where our blood will be able to make the victory and takes revenge upon the oppressor.

One of the resistance way is to keep on our glorious uprising which had been started with a Hussein's momentum of (No) for the oppressor. Once again, the people of sacrifice let us continue with our uprising and reject any division or on the basis of awareness, acknowledgment right vision as the same as the heroes of Karbala. We have to remember the words of Ali alakbar, the like of the Prophet Mohammed (PBUH) when he talked with Imam Hussein (PBUH) as saying that "my father, are we on right? Imam Hussein said :yes son with the confession of the world lord. Ali alakbar said :then we don't care about the death if it comes to us.

The resentencing and struggling Bahraini people , let our start to be a faithful point in the fields of the sacrifice and let us have the total leadership of Imam Hussein (PBUH). We must have the influential vision and have an awareness of our revolution and issue. We should be able to make the right decision so that we can maintain our principles, goals and legitimate rights. We should get away from the luxury of the life and its temptations as well as refusing any thing that might strengthen our enemies and making sure that we integrate or scattering.

The second message is conserving our revolutionary women

A purposeful study of the Hussein's revolution would say that it was not a random revolution. It was planned by all the aspects and directions. This revolution was completely organized and we can not forget that one its aspect was the role of the women. The women have played a vital and effective role in the day of Ashura. Some of these women have said the right thing and they ordered with justice and forbidding the wrong thing. They were among the fighters and so many of them were treating injuries, look after the children. They were patients on the Hussein's tragedy, loosing beloved, the view of the dead bodies and heads. All these sacrifice were made because of they were convinced with the issue of Hussein and they have to struggle and sacrifice for the sake of it. They had walked in the path of Zainab, the daughter of the Muslims leader Immam Ali (PBUH) who able to continue the Hussein's march. She had tried continuously to achieve the objectives of Imam Hussein (PBUH) and she raised the slogan of (we will never be humiliated) since the age of Ashura until she entered the city of Alamedana. She has reflected the real education of her mother (Alzahraa) (PBUH) in her dignity, purity and reasonable words which have been revealed Moawya and uncovered him. This issue is showing with a beautiful image in Bahrain where the mothers of our martyrs are repeating the talks of Zainab ad they standing on their sons' dead bodies :"I've never seen only good things". Yes, they the death for the sake of Islam and supporting the religion are really good thing because the result of this meeting is Allah. Here, we hope that the Bahraini women will be able to make her educational and transferring role and she will take Zainab (PBUH) as an example of making righteousness and forbidding sins as well as uncovering the criminal of the dictator Hamid and his groups.

The third message is to put the light on the scientists and esteeming them.

Ashura on this year is coming at a time when the jurist leader Ayat Allah Qasim is surrounded in Aldaraz. The Yazidis of our age has sieged his house with the military vehicles. Too many other noble scientists and leaders are jailed in a Yazidi plan to separate the community from their leaders, scientists and icons. So that, we have decided to make a figurative presence for them in our condolence and gathering sites in this month Muharram. Their speech sand opinions must be existed in our Ashura councils..

The fourth message: a message of appreciation to the political and struggling detainees.

and the hunger strike prisoners in the jail.

They preferred not to see the Yazidi of the age even though they are detained with hands cuffs. The Yazidis' jail and its cuffs were not be able to kill the soul of Ashura which are still lighting inside their hearts. They had learned from Karbala school how to be patient on hunger and thirst and how to follow the slogan (we are going to fight for Hussein) in the battle of dignity and honor.

The fifth message is written to our wounded and chased men. .

You have the honor our wounded men to have the word of the Prophet Mohammed (PBUH) as he saying "any one who has been injured for the sake Allah, will come on the day of judgment, his smell likes a smell of ambergris, his color likes a saffron, it has the martyrs sign"

You are the lived martyrs, the patients who have won what they endured, you are those who have been chased without any getaway. You will be able to bear the summer hot weather and the winter cold weather. You must be follow the example of Hussein's ambassador in Kufa, Muslim bin Aqeel (PBUH). You are the real soldiers of our revolution and we will have the victory with steadfastness and patience.

Finally, while we are ready to revive Ashura in the year 1439 M, we shall hail this glorious uprising led by Imam Hussein (PBUH) with awareness and he achieved his desired goals, we are strongly stressing the importance of not taking the uprising contents out, but we must preserve its preserve its traces and dimensions. We must keep its messages in our hearts and minds so that we would be able to get benefit from its lessons that increase our awareness and patience.

We have not to get out from the date of Ashura without having prepared sociology, mentally and scientifically for implementing the lessons of courage, dignity and straightforwardness which have been reflected on Imam Hussein and his followers with the best meaning and values which had shown in the epopee of Karbala.

Issued by the coalition of 14th Feb youth revolution.