Within its endless war on the religion and its holy rituals, the Khalifa’s corrupted rule and its mercenaries have attacked the Hussein’s rituals in the town of Alnowedrat. 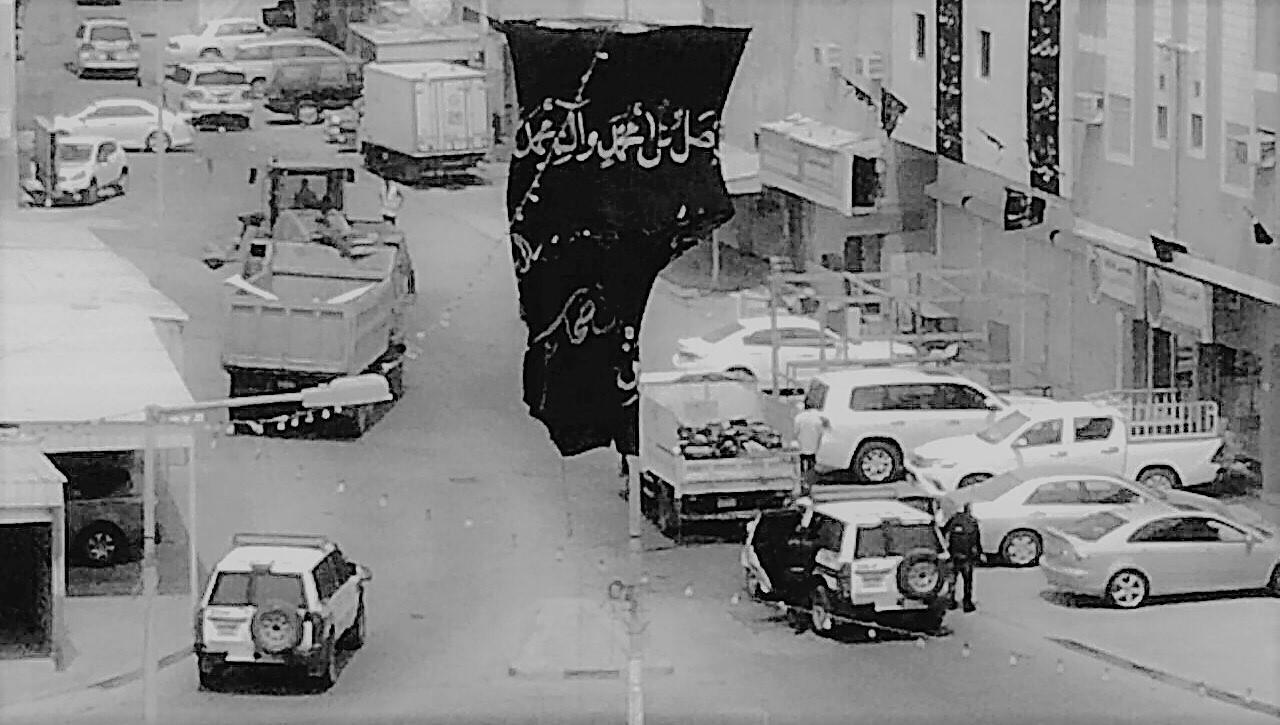 Within its endless war on the religion and its holy rituals, the Khalifa's corrupted rule and its mercenaries have attacked the Hussein's rituals in the town of Alnowedrat.
On the edge of Ashura month of Imam Hussein (PBUH), the Khalifa's government had gave an order to its groups to attack the rituals and prevent holding them.
The regime is trying throughout these immoral and sinful actions to keep the uprising people away from the lessons and the revolutionary examples which learned from the Ashura of Imam Hussein (the master of all the martyrs), (PBUH).
On the other hand, the coalition called the uprising people in Bahrain for resisting the attacks of the Khalifa's mercenaries on the Hussein's rituals with a Husseini spirt.
On the meanwhile, the coalition pointed out in its urgent declaration to the Bahraini revolutionary people yesterday, Sunday 17 September 2017 that the Hussein's month (Ashura) is a continuation of the revolution against the Yazidi tyrants ever since.
The revival of these rituals will only renew the concepts of resistance, struggling, refusing tyrants and denying oppression and injustice.
The coalition also has demanded from the two mosques (Husseiniya) to fulfill the call of the resistance and endurance on the Hussein's Friday day 22,9,2017 and to make tenth of Mahram as a day of refusing all the aggressions on the holy Hussein's rituals.
الوسوم : Alnowedrat, bahrain, manama