Many districts of Bahraini cities have witnessed on Thursday, 31 Aug and Friday, 1 Sept 2017 revolutionary protests. 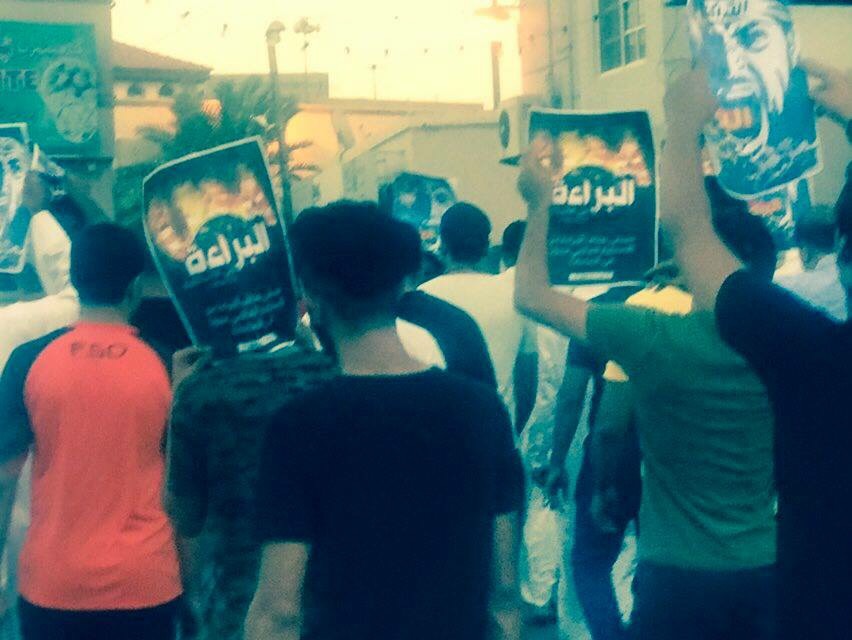 Many districts of Bahraini cities have witnessed on Thursday, 31 Aug and Friday, 1 Sept 2017 revolutionary protests.

During the protests, the participants have denied the arrogance powers, their oppressive measures and all the criminal regimes followers.

The demonstrations have been organized by the revolutionary communities in the town of Aldia and Shahirkan on the last Thursday 31, August 2017.

Later on, the protests reached the cities of Aboqwa, the capital of the uprising city of Satra, Sadad almasla, Karbabad, Abo saibaa, Alshkora, Qarana as well as several other areas.

During these demonstrations which have been arranged under the title of (repudiation of arrogance) by the revolutionary powers, the participants stressed through their signs and slogans that they are denying all the oppressive followers, the criminals regimes and their destructive projects in the area.