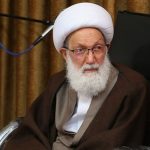 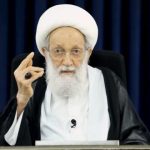 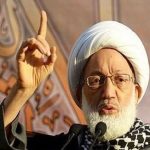 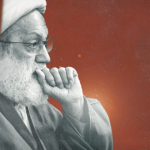 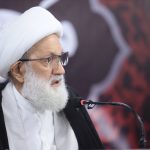 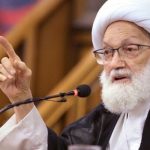 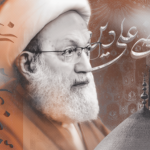 His Eminence the Jurist Leader, Ayatollah Sheikh Isa Qassim said:” if the elections –as is now apparent- are for a parliament for the government and not for the people, to be used by the existing Council for the continuation of its unjust unilateral policy, so why the fuss, the expenses, the exposed fallacies and the deceit in vain”?

In a statement published on Wednesday, 8 June 2022, His Eminence addressed a strongly worded message to the Regime saying:” relieve the people about your elections, keep their expenses for your own self-purposes, announce a new session for the current Council, and if you will, appoint a council like it without all the hassle”, emphasizing that he is the first one to know that the regime’s claim that the elections are for the benefit of the people is absolutely false.

Ayatollah Qassim had issued a statement on May 25, 2022 in which he considered that peoples’ waiving of their political rights -and all their others rights- to governments is considering as a major crime involving the corruption of both parties, stressing that the right opinion is either elections in which people’s problems are solved, or there is no popular participation that increases the tyranny and the totalitarianism of the governance.

He emphasized that talking about the elections increases among peoples the presence of the rights of the martyrs and tortured prisoners, raises their jealousy over their religion and dignity and stresses their adherence to their right to freedom and dignity, denouncing the transformation of the election into an opportunity to trick and deceive the

people by Government and to devote the dictatorship in the name of democracy.